I just wanted to wish you all a rocking Halloween.  I hope you all had loads of fun!!!!
Posted by Ryan Gavalier at 9:59 PM No comments: 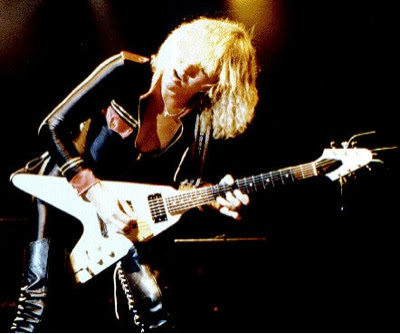 The results of the poll for the best UFO guitarists was obvious in some ways, but in others it was a surprise.  The obvious for me was that Michael Schenker won by a lot!  He had 17 of the 31 votes.  Second place was a little bit of a surprise to me, because the player was Vinnie Moore with six votes.  I like Vinnie, but in my personal opinion; I would have thought Paul Chapman would take second.  Third place went to Mick Bolton with five votes.  This was also a surprise to me, because I would've also put Chapman over him.  Fourth was surprisingly Paul Chapman with only three votes.  Atomik Tommy M and Laurence Archer both tied for last with zero votes, and that didn't come to me as a surprise at all.  What do you think of these results?  Feel free to comment what comes to your mind about the subject.
Posted by Ryan Gavalier at 1:05 PM No comments: 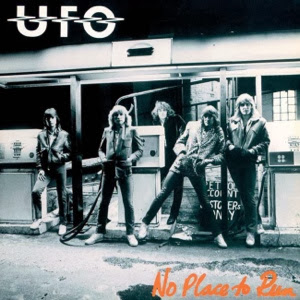 "Lettin' Go" is from the 1980 album No Place To Run.  It is one of the best songs from the Paul Chapman era, because of its awesome riff, great vocals, a great intro, and great drumming.  It is such a well written song, and it really hooks you in.  The beginning where it slides into the riff is so amazing, because the intensity is super high, and it is perfectly executed.  The vocals are so aggressive, and they give lots of power to the song.  Pete Way's bass playing is great because it really drives the song along, and he plays so hard.  The drumming has such a great beat, and it really makes you bang your head.  This is definitely one of the heaviest songs by UFO, because the riff is so metal.  I think it shows that the band was ready to kick the 80's butt.  Definitely check out this song, even if you aren't familiar with the amazing Paul Chapman era, because it will make you want to listen to more.

Posted by Ryan Gavalier at 12:17 PM No comments:

What Is The Best UFO Instrumental? 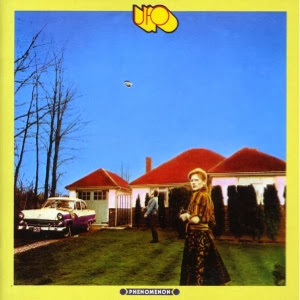 UFO has had some really awesome instrumentals over the years.  The first ones were super trippy from the Mick Bolton years, and they include "Flying."  In the Michael Schenker years, the insturmentals became very acoustic heavy ballads of a sort, and they include "Lipstick Traces," and "Arbory Hill."  In the Paul Chapman years, their was the very synthesizer heavy "Alpha Centauri."  My favorite of all of the instrumentals is the classic "Lipstick Traces."

"Lipstick Traces" is just such an emotional song. It really captures true beauty with its simple rhythm, and the acoustic playing is phenomenal.  The electric solo overdubbed is also quite awesome.  It is so much better than all of the other instrumentals, because the others lack the same feel that this one has.  I love it so much, and it is one of my favorite UFO songs.
Posted by Ryan Gavalier at 8:54 AM 12 comments:

My Favorite Drum Intro From UFO 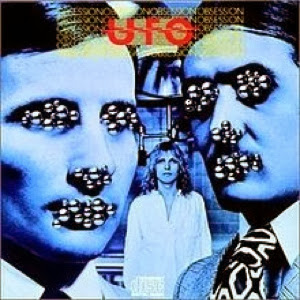 UFO has a lot of great drum intros because of their phenomenal drummer Andy Parker.  My favorite is "Pack It Up And Go" from the album Obsession.  The reason I like this drum intro so much is that it has a mix of John Bonham with a marching band kind of beat.  It is such a great song hook, because it has a lot of attitude, and it is so catchy.  It is a beat that I just have to play air drums too.  When I first heard this song I knew it was the real deal right away.  What is your favorite drum intro from UFO?
Posted by Ryan Gavalier at 1:06 PM No comments:

Who Was The Best Producer For UFO? 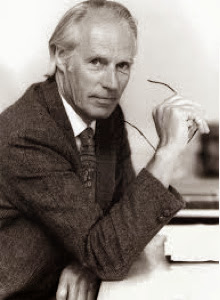 UFO has had some amazing producers over the years.  Some of the standouts were Leo Lyons; who did the Schenker albums Phenomenon, Force It, and No Heavy Petting.  Another standout in my opinion is Ron Nevison; the producer for Lights Out, Obsession, and Strangers in the Night.  Gary Lyons was another phenomenal producer with his work on the album Mechanix.  My favorite UFO producer has to be George Martin, because of his work on the album No Place To Run.  Martin is best known for his work with the Beatles, but I find this album to be one of his shining works.

The album just has such a tight and aggressive sound to it.  The timing for each song is so thrilling.  The greatest example is the transition between "Alpha Centauri" and "Lettin Go."  You can barely tell that the song has changed, and you get completely shocked from when you go from the spacey first track to the brutal follower.  The band has never had a better studio sound.  Everything is just so smooth to listen to, but it is still raw at the same time.  I think that is the nice thing about Martin, because he let the geniuses from the band still be themselves, but in a more polished way.  Everything sounds beautiful.  The instruments really blend well, and you don't have one dominating the other.  This is great, because you get to hear everyone do what they do best.  I think that this album had a lot of potential radio hits on it, and this probably has a lot to do with George.  They are just so catchy to listen to, and some of them have that Foreigner sound that was really big at the time.  I think this slight style change was brilliant.  Whatever George Martin was responsible for on this album is great.  I think that songs like "Anyday" and "No Place To Run" are some of the best studio cuts by the band.  One of the key things is that sometimes I get a sound of what should be happening in a song, and the ones on this album have the same ideas as me.  I think that this shows George Martin's amazing ear for what sounds good, because he just hits the nail right in the head with it.

George Martin only produced one album for the band, but I think it is a crowning achievement for him and UFO.  He is a brilliant producer, and I really feel that he did a lot of great things for the band.  If you have a different opinion of the best producer, then feel free to comment.
Posted by Ryan Gavalier at 7:35 PM 4 comments:

Has Anyone Gotten The New UFO Live Collection?

I noticed that a new UFO collection has come out from Chrysalis.  I want to buy it, but I was just wondering what other people that have bought it think.  It seems like it is a lot of the same live tracks as other albums, but there are some rare songs that I've never seen live before.  I think the pricing seems pretty reasonable though, because 19 dollars is pretty cheap for a collection of that caliber.  So if anyone has already bought this then feel free to tell me how it is, because I'm very curious.
Posted by Ryan Gavalier at 1:12 PM 2 comments: